As painful as Mondays are, I always love sitting down with a bowl of cereal and blogging. Can we say sanity check?

Okay, so I actually have all the feels when it comes to this latest story about Nate Parker. In case you missed it, Parker was in the news a few months ago for his film, The Birth of a Nation, which tells the story of rebel slave, Nat Turner. After Sundance, The Birth of a Nation was purchased by Fox Searchlight for a whopping $17.5 million, putting Parker on the road to Hollywood A-lister.

It wasn’t until recently that news of Parker’s troubled past came to light. Back in 1999, Parker was accused of raping a female student while studying at Penn State. His alleged victim then went on to commit suicide in 2012.

As a woman, I couldn’t be more disgusted by the idea of any man getting away with rape. As a Black American, however, I question the timing of this story being published in outlets such as Variety. The Birth of a Nation was set to perform incredibly well come October, and now its fate is somewhat up in the air as people debate whether or not to support Parker and his film.

Look, I’m not saying that we should not discuss Parker’s past. I am saying, however, that I hope that people will understand that The Birth of a Nation is much bigger than its individual contributors. Hollywood has not always been the biggest supporter of Black narratives, especially narratives that don’t include a “white savior” and include a Black uprising. If The Birth of a Nation performs well at the box office this fall, then it will only help to show film executives that there is a true market for this type of storytelling.

Anyways, I could go on forever about this topic and probably write an entire essay about my feelings on both Parker and the movie. For now, I’m going to switch gears and show some love for another Black film that has no controversies surrounding it.

Hot Mess #2: Ryan Lochte for just being a mess

Ryan Lochte has never struck me as the brightest star in the sky, potentially not even shining at all…

Last week, the media reported that Lochte and a small group of American Olympic swimmers were robbed at gunpoint at a Rio gas station. When interviewed, Lochte claimed that the robbers pulled out guns and even placed one to his forehead.

Long story short, all of the details from the “robbery” turned out to be one giant lie. Video footage shows Lochte and crew vandalizing private property and getting into a fight.

Needless to say, Lochte and the others are now paying for their poor judgment. Sponsors including Speedo and Ralph Lauren have dropped him. #AMess

U.S. gymnast and Olympic champion, Gabby Douglas, just can’t seem to catch a break. From her bad hair days to her “attitude” during the Rio Olympics, Gabby has given her random social media haters one thing to comment on after another.

Now, I’m not going to lie. When I was watching Gabby watch her teammates, Simone Biles and Aly Raisman, compete in the individual all-round for gymnastics, I thought her attitude was trash. At one point, all the girls in the stands were clearly cheering for their U.S. teammates, while Gabby sat with a sour face.

Even though I’m not really here for Gabby’s attitude, I’m also not supportive of the major hate she’s received her entire career. I mean, come on. If Ryan Lochte can be a complete idiot and be defended by NBC reporters, then Gabby Douglas can be left alone. 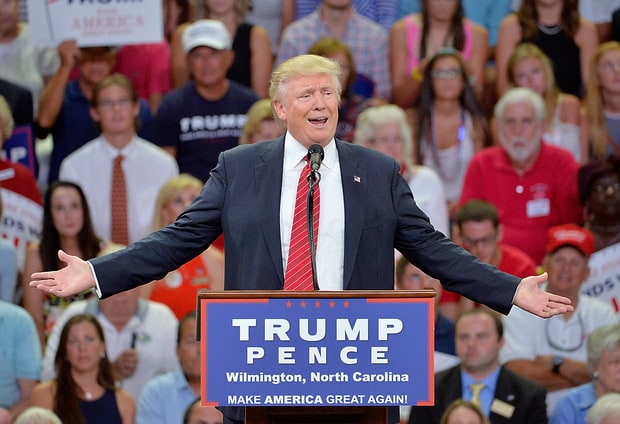 I’ve already mentioned how important it is for us to get rid of the white savior storyline, so you already know how I feel.

No more comments on Trump…

Welp, it’s definitely been a rough couple of weeks. Having worked from 9 to almost midnight every day, my body has finally sent the big F U. So, hopefully, I’ll be able to write a late blog post for tomorrow. Until then, enjoy this random cat meme. #AMess 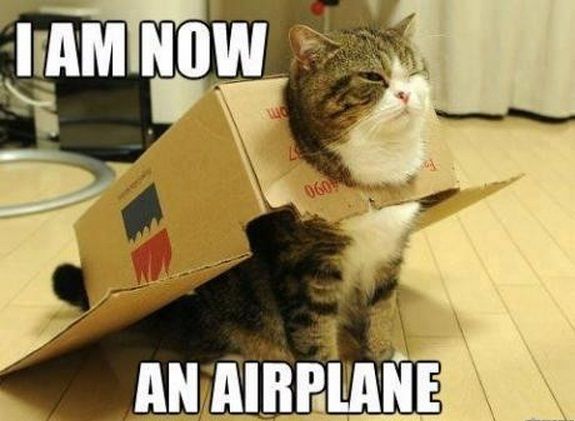 Happy Monday, everyone! As I continue to count down the days (yes, I’m already counting) until the weekend, I hope that you guys are having a much better week than me…Let’s get it!

Hot Mess #1: The Today Show for setting up my people.

One of the biggest trending stories this week involved Youtube stylist, Deepica Mutyala, and model, Malyia McNaughton. Deepica was appearing on the Today Show to teach women at home how to style their hair effortlessly. Unfortunately for Deepica, there was nothing effortless about working with Black hair.

On the one hand, I commend Deepica for requesting a Black model and trying to be inclusive. On the other hand, however, I think it’s a mess that she didn’t take the time to educate herself about styling Black hair before appearing on the show. I also think it’s a mess that the Today Show didn’t do a trial run with Deepica before the segment. After all, everyone knows that even “live” television can be rehearsed to perfection. Sigh..

p.s. Two props and a bag of chips for Malyia for keeping her cool. She even smiled through the pain and embarrassment.

Hot Mess #2: Tyga for being broke and purchasing luxury vehicles.

Since becoming a couple, Kylie and Tyga have had one rocky relationship. Regardless, of their ups and downs, however, one thing remains consistent, Tyga’s purchasing habits. Tyga has bought Kylie expensive gifts in the past, leaving the people to ask, “With what money?”

Tyga has technically had several hits as a music artist, but none of those would enable him to afford a Maybach for his girlfriend…I guess he doesn’t mind adding himself to the list of broke rappers…

Apparently, Bow Wow has officially announced that he is retiring from rap. Yay?

The rapper hasn’t had a hit in years, so it’s a little confusing why he would feel the need to retire from something that no one has associated him with in years.

Personally, I think that Bow Wow is just going through a quarter life crisis (even though he’s technically 29). It literally is the only thing I can think of to explain his bizarre statements lately.

At least Bow Wow’s recent behaviors have reminded me of his past accomplishments like growing hair longer than girls.

Hmmm…I wonder if this hair would have been easier for Deepica to style. Curious minds want to know. lol

Ever since I can remember, R. Kelly has been questioned about his dealings with underage girls. Remember when he married Aaliyah when she was only 15??

Anyways, the R&B singer appears to have a new girlfriend, 19-year-old  Halle Calhoun. Technically, Halle is of age, but this move definitely makes fans wonder about R. Kelly’s past.

Sometimes I question why I choose Monday nights to blog. Then, I realize that Mondays can be rough and so it’s best to set the tone for the week. Well, hopefully… Let’s get it!

In the weeks leading up to the Academy Awards, the hashtag #OscarsSoWhite trended on Twitter. It was a direct result of the lack of diversity seen across the nominations for various categories, including Best Actor, Best Actress, Best Director and so on. The Twitter chatter was so loud that Chris Rock, who hosted the awards ceremony, had to address the diversity conversation live.

Needless to say, that didn’t turn out so well. Remember when Stacy Dash, the one actress who’s probably lost her “Black card,” walked out on the stage…

Yeah…Anyways, apparently, Hollywood still hasn’t gotten the memo about the need for more diverse representation on the screen, giving roles written about people of color to white actors.

Luckily for us, we have talented POC individuals like Constance Wu, who stand up to the ridiculousness that is Hollywood. Constance stars in ABC’s “Fresh Off The Boat,” a hit comedy about an Asian-American family, and has been very vocal about Hollywood’s diversity problem.

Yup, I’ll let you guys read that one for yourselves…Sigh, when will Hollywood ever learn? Audiences are craving for diversity. Just give it to us! lol

Hot Mess #2: Donald Trump for being too lazy to educate himself 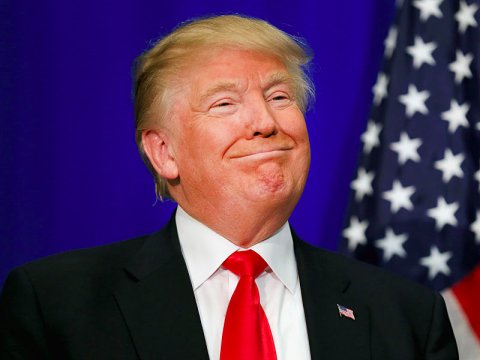 Honestly, I really don’t have that much against Donald Trump (I’m going to ignore his racist, chauvinist comments for a second. Bear with me.) More than anything, my real issue with Trump is the fact that he almost refuses to learn anything outside of his own outrageous opinions.

Trump says Putin is ‘not going to go into Ukraine’

Trump’s questionable stance on both domestic and foreign affairs is quite scary. The good news is Russia will not be going into the Ukraine because it already has…#AMess

Hot Mess #3: Anyone who has nothing better to do than bash Malia Obama

Over the weekend, Malia Obama chose to have fun at Lollapalooza instead of  hanging out at the DNC, a decision that all teenagers probably would have made. But, of course, the haters are going to hate and talk about everything from her attire to her dance moves to the fact that she passed on the DNC.

Well, news Fl-A-sh. One, Malia is a teenager wearing typical teenage clothes, doing typical teenage things. Two, she’s not running for office and her whole life has been nothing, but one long speech after another. So, let’s let the girl live.

Even though Malia did not watch the DNC, I, along with the rest of America, chose to witness the A-mazingness that was Bill Clinton playing with balloons.  Who knew that Bill could be THAT happy?

In the words of Ludacris, “Balloons!” lol