This past weekend, it was Pride in New York City. Seeing all of the rainbows and free spirits was definitely a reminder that hate will never be greater than love. At least not always….Let’s get it.

1) Donald Trump for truly being an absolute clueless idiot 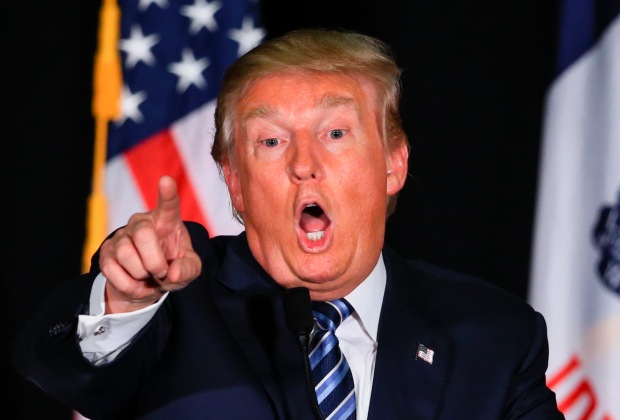 Last week, the world was shocked by the UK’s decision to leave the European Union. Though many believed the decision to be both a poor and unnecessary one, there was one person (*cough…cough…Donald Trump*) who applauded the UK, in particular Scotland, for taking its country back. Problem is Trump failed to realize that the Scots voted overwhelmingly to remain in the EU. In fact, they are now looking into becoming independent from the Brits, who ultimately voted to leave.
Now, everyone knows that Trump’s politics are rather questionable, but he could at least read about current events…I mean, it really isn’t that hard to read a newspaper. At least Twitter called him out on his blatant stupidity. 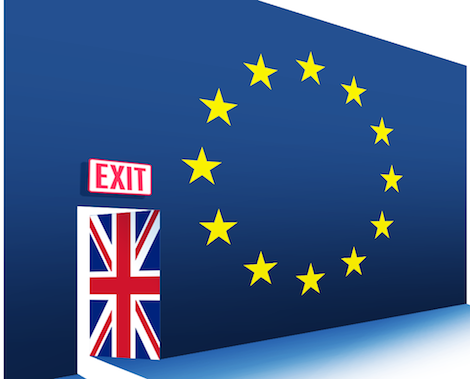 Everyone knows that America has its backwards-thinking moments. The media does enough to emphasize that around the world. However, it’s always sad when it’s clear that the same racism exists elsewhere.

Many believe that Britain’s movement to leave the EU a.k.a Brexit was successful because of the country’s older population. A number of Brits are concerned about the immigration laws affecting their country and simply wanted to keep the Muslims out.

Now, this discussion definitely deserves a paper or two, but we don’t have the space for that on this blog. However, it’s clear that xenophobia and racism are going to always play a major role in political decisions around the world. Gosh, I still fear for the U.S. elections….

3) America for just being a mess 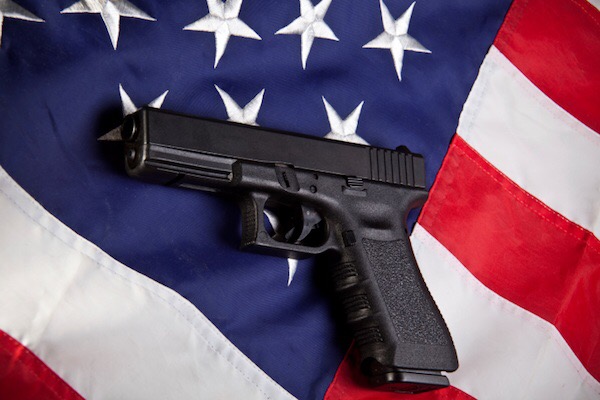 After the Orlando shootings, the topic of gun control laws surfaced again in the U.S. Things have gotten so tense in Congress that sit-ins and yelling have become the recent norms.

I won’t spend too much time on this topic because honestly it annoys the hell out of me. If Congress can’t agree on laws after Sandy Hook, then I’m not sure that they’ll agree after Orlando either.

Again, though today’s post has been about politics, I tend to stay out of the mess. However, I’ll always maintain that no one needs an automatic weapon for either their personal safety or for their exercise of an “American right.”

At least Jim Jeffries and Australians get it…

Happy Monday! I hope everyone is relieved that they survived another day of corporate America. And if you’re FUN-employed or living a random life, more power to you.

Today’s post is going to be pretty short as there wasn’t much that moved me this week, so let’s get it! 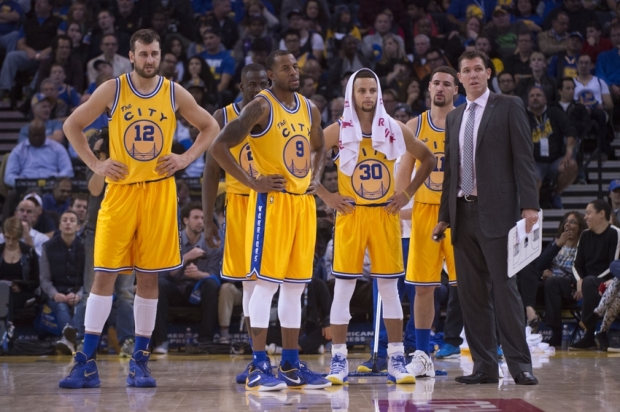 Last night was a big night for television. Not only did you have an awesome episode of Game of Thrones, but you also had Game 7 of the NBA Finals, featuring  Lebron James and Steph Curry.

Now, Game 7 is always pretty exciting, but yesterday’s game marked an historical (yes, I used that word) achievement by King James’ Cleveland Cavaliers. After having been down 3-1 in the series, the Cavaliers put up a huge fight at Oracle Arena to win the entire championship. Not only did they overcome the odds of the series, but the Cavaliers also rose above the adversity of this last year, even switching coaches mid-season.

Personally, I could care less about the Cavaliers or the Golden State Warriors, but the loss is definitely a tough one for the Warriors…

Hot Mess #2: Stephen A. Smith for his comments about Ayesha Curry 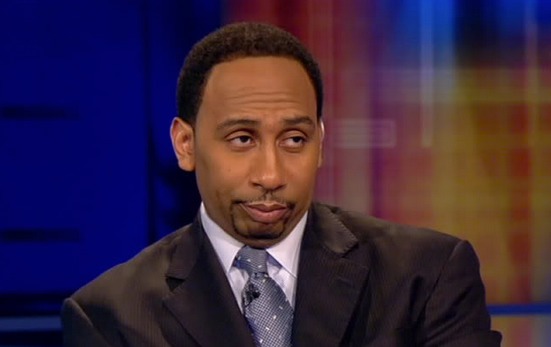 Since I’m already discussing basketball, I may as well write about this idiot, Stephen Smith…

In case you missed it, Steph Curry’s wife, Ayesha, received some negative attention (particularly from men) for tweeting that the NBA was “rigged” during Game 6 of the finals. Everyone under the sun, including Stephen, thought that Ayesha’s controversial tweet was an excuse to speak out about what makes a good NBA wife…

See, this is why I could not be an NBA wife. Having some man tell me what I can and cannot say or how I should and should not act is not okay. Should Ayesha have tweeted what she did? Probably not…Did it call for commentary from the American male population? Absolutely not.

p.s.s. Ayesha should probably avoid social media during high stress situations for her husband. She’s a public figure now, and she knows the world is watching. Do better girl… 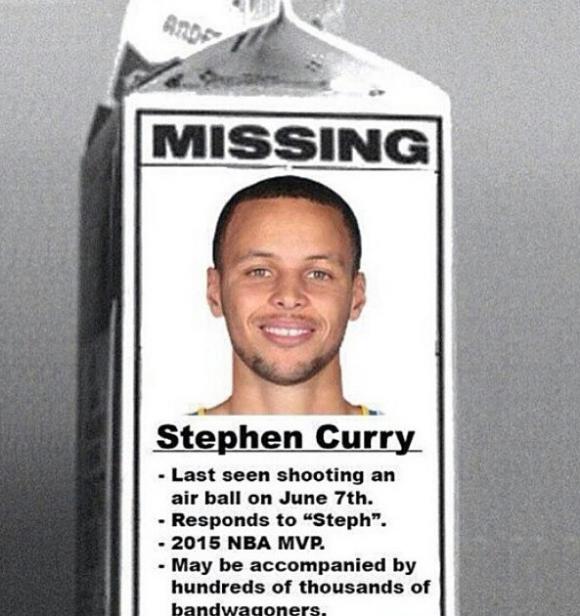 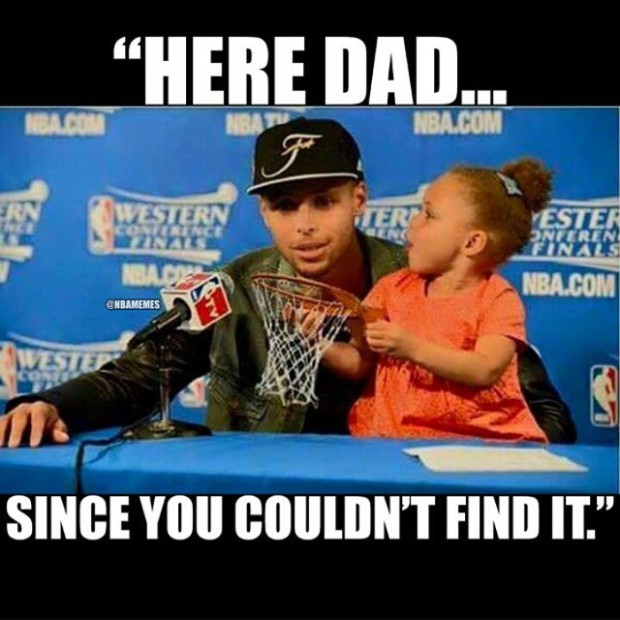 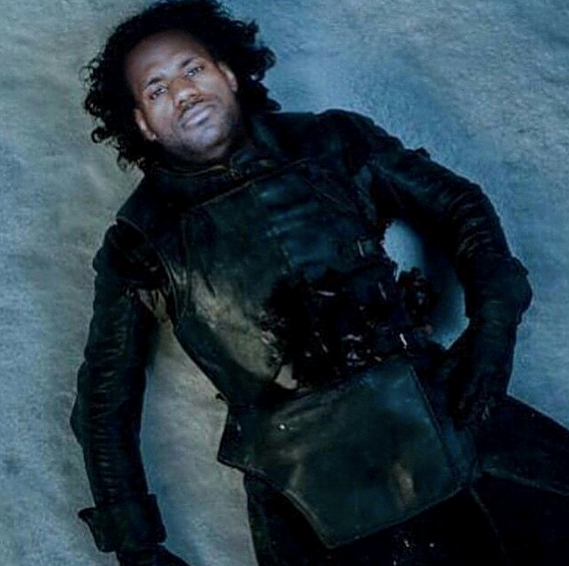 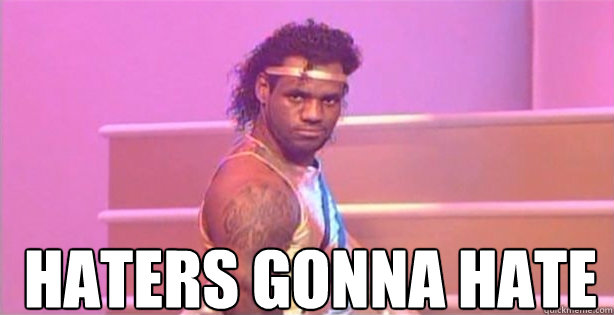 Gosh, I love the Internet. 🙂

Without question, this weekend taught us just how fragile life can truly be. In a matter of moments, it can be taken away from us forever. 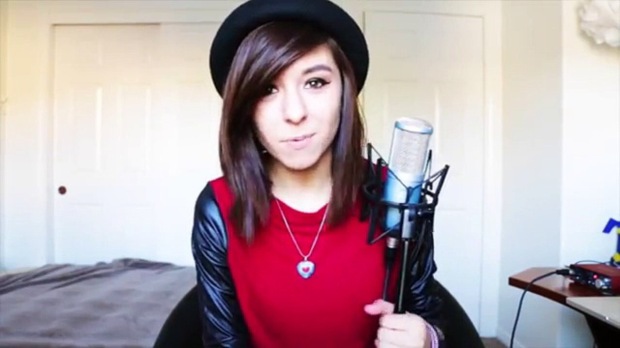 For today’s post, I won’t list who I think has been the most hot mess. Instead, I will simply reflect on the unfathomable events of this past weekend. Let’s begin…
I’ve followed YouTube star, Christina Grimmie, for years. She was a high school student with a dope haircut and voice of an angel. Over time, Christina’s voice would gain her millions of followers on YouTube and a top spot on NBC’s The Voice.

After placing third on The Voice, Christina continued to pursue her love for music, touring all over the country. Then, her dream abruptly came to an end this weekend when an unknown gunman, now identified as Kevin Loibl, approached the singer after a concert and opened fire.

To say that Christina’s death is an absolute tragedy would be an understatement. The thought of some random twenty-something (in this case Kevin) traveling 100 miles just to kill someone is beyond baffling. It’s also a cruel reminder of the world we live in and that no one is safe. If someone can do this to Christina Grimmie, then someone can do this to any of us…which brings me to the other tragedy at an Orlando gay nightclub where at least 50 people were shot dead….

Again, I try to stay away from the politics, but there’s no reason why anyone in this country should be able to pack multiple guns, rounds, and a knives without being tracked for life. Something’s got to give and I’m sorry, but this isn’t 1776. We live in a different time where murders are happening due to the accessibility of guns.

In addition to guns, we also need to do something to address mental health and hatred as well… We can blame the lack of gun control laws all we want to, but at the end of the day, it takes a certain mind to pull the trigger.. Orlando Gunman

To avoid getting upset any further, I’ll simply say R.I.P. Christina Grimmie and everyone else who lost their lives this weekend. Our thoughts and prayers go out to you and your families. #stayblessedstaysafe

Where should I begin?…Let’s start with the fact that my Mac decided to die on me and I’m currently blogging through the Word Press app on my phone. Then, let’s discuss how I wrote an entire post before this one and accidentally deleted it….😭

I was THIS close to calling it a night, but I realized that I declared my dedication two weeks ago, so let’s get it!

Hot Mess #1: Father of Brock Turner for being insensitive 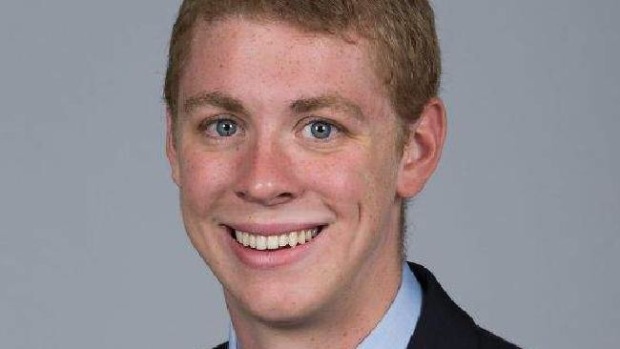 The Stanford University rape case has been all over the news. For those of you who are completely clueless, Brock Turner, a former star swimmer at Stanford, was charged for sexually assaulting an unconscious female student. After hearing about Brock receiving only 6 months in the jailhouse, people grew furious over the “leniency” of Brock’s sentence.

What’s making matters worse is Brock’s father’s letter. In the letter, Dan Turner asks the court for leniency, stating that his son’s life should not be ruined for “20 minutes of action.” Pause.

YES, pause to the Pause. This fool REALLY put that in a letter. Read here: Brock Turner’s father sparks outrage

Sigh, I wish I was making this up, but apparently some people don’t take rape seriously… Not to mention, how disturbing is it that this is Dan’s reaction to his son raping a woman behind a dumpster on campus? #Amess 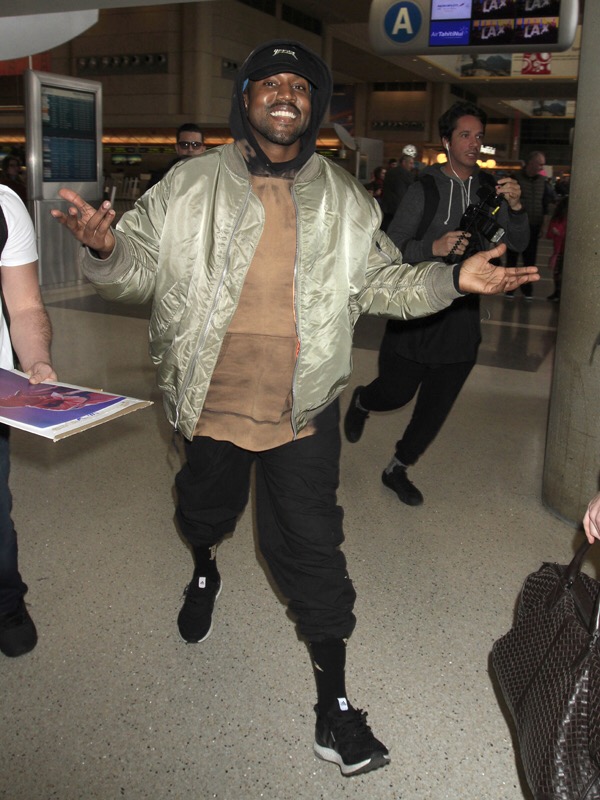 Yesterday, festivalgoers were noticeably annoyed on Twitter after Governors Ball was canceled due to severe weather conditions. The most popular complaint was the fact that people would be missing their opportunity to see Kanye West perform.

In what I’ll call an attempt to cheer his fans up, Kanye tweeted “Show at 2 a.m. SOLD OUT.” The tweet had fans going crazy over what they thought would be a surprise concert at Webster Hall nightclub in Manhattan.

Needless to say, Kanye West did not have a surprise concert. Instead, he drove by the massive crowd that had gathered outside of Webster Hall, allegedly causing one crazy roller coaster of fandom.

Although Kanye could have had the best intentions, his tweet led to loads of trash, damaged property, and even 1 arrest. Whoops…

And like a tweet in the night, Kanye was gone
Side note: Where is Saint West?…He’s like the most mysteriously MIA baby in the world. Lol 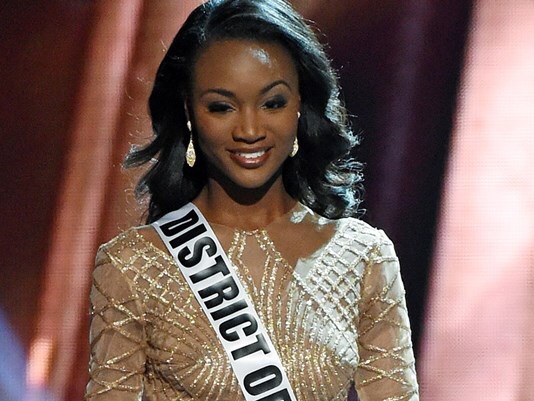 Last night, Miss DC, Deshauna Barber, was crowned Miss USA 2016. Even though Barber won the pageant fair and square, fans of the runner up, Miss Hawaii, are claiming that their girl was robbed.

Now, I will always be fair. During the question portion of the competition, Miss Hawaii was given a very suspect question that asked her to state who she would be voting for president. Although I understand the outrage with such a question, I do think people need to stop acting brand new. Every year, there’s a controversial question and I’ve seen pageant girls burned alive for their answers. I mean, remember when that one girl was asked about her beliefs around gay marriage? Yeah… 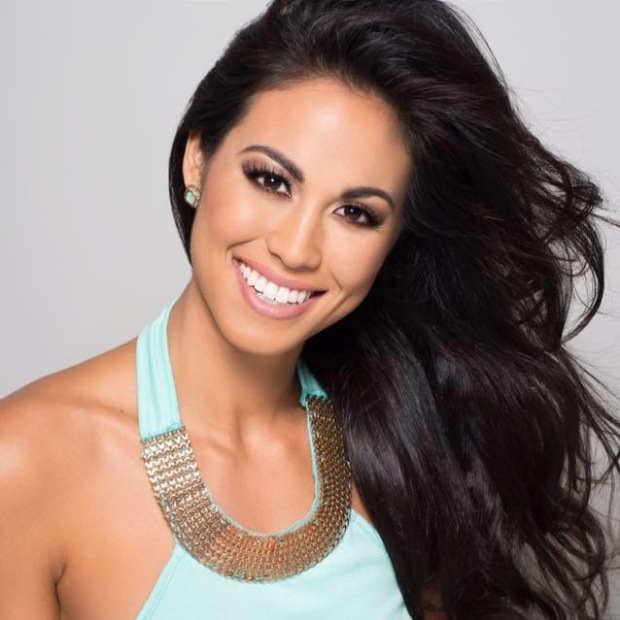 Anyways, Hawaii answered the question gracefully, just not as well as DC answered hers. AND, to be even more fair, the last three contestants were all asked the same final question, which again resulted in DC giving the most eloquent answer. So, let’s stop the hateration and give Barber her props.

Army officer crowned Miss USA 2016
p.s. Let’s be honest. Miss Hawaii is tall and “classically” beautiful – whatever that means. People don’t think Barber can win Miss Universe most likely for her skin color (girl is chocolate). But, I know Barber will bring it. *snaps twice* 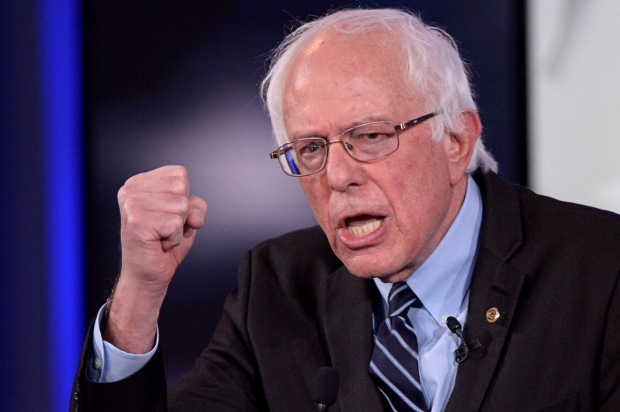 Now, I’m not really one to get political, but I’m so tired of this crappy election and my Miss USA commentary reminded me of that. None of the candidates excite me, and as far as I’m concerned, the one that drags out this tortuous election process the longest will forever be on my bad side. In this case, it’s Mr. Sanders.#sorryimnotsorry #notfeelingthebernthehillorthetrump #amess

Okay, my random rant is over… Lol