I’ve taken a little bit of a hiatus. I was touring Italy and getting my entire life. Now, I’m fortunate enough to be back in New York… Yay?

Unless you’ve been living under a rock, you’ve probably heard about the protest of Colin Kaepernick. The star quarterback of the SF 49ers is refusing to stand for the U.S. national anthem, which happens to play at the beginning of every professional football game.

Kaepernick’s decision is sparking numerous debates on whether or not the act is disrespectful. 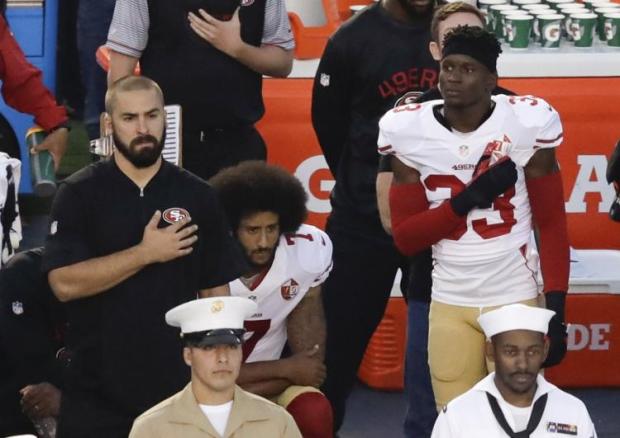 I understand the different arguments. For some, standing during the national anthem is a way to honor those who fought for the freedoms of this country and around the world. So, if someone refuses to stand, it could be seen as an ultimate lack of respect for veterans and military in particular. For others, however, the national anthem is not a song that represents the freedoms of all Americans, so declining to stand is more of an acknowledgement of this fact.

Whatever your feelings toward the national anthem, I think it’s important that we all educate ourselves on 1) the history behind the song and 2) the true intention behind those refusing to stand.

In response to the kneeling of Miami Dolphins’ players yesterday, model Kate Upton tweeted, “This is unacceptable. You should be proud to be an American. Especially on 9/11 when we should support each other,” followed by a picture of the protest.

Although I can understand Kate Upton’s stance, I think we should acknowledge the respect that players did show to all those who braved 9/11. The players stood during the 9/11 tribute, and only knelt during the actual playing of the national anthem. In addition, their kneeling is meant to be a gesture that honors military (as opposed to completely sitting) while also standing up for what’s right.

Personally, I just think that the Kate Uptons of the world are not ready for the Black resistance that’s been growing these last few years. With incidences like Travon Martin and Eric Garner being recorded every day and posted to social media, the anger of Black Americans and people of color has finally tipped the scale. People have had enough and America is only feeling divided because of how “loud” minorities are starting to become.

Let’s be honest. Most Blacks and people of color have always been “woke” in this country, but we haven’t always been collectively this vocal. Now, everyone is starting to give zero f&*ks, and quite frankly, I think it’s making many Americans a little uncomfortable.

Not to mention, if anyone is to be truly pissed in this country, it should be the Native Americans. Stripped of everything and slaughtered, they’ve had it pretty rough and still have to continue to put up with America’s b.s.

Anyways, we are all arguing over the national anthem, but it’s not even the best song to represent this country. Personally, I think “America The Beautiful” should be the anthem. #Justsayin #RIPRay 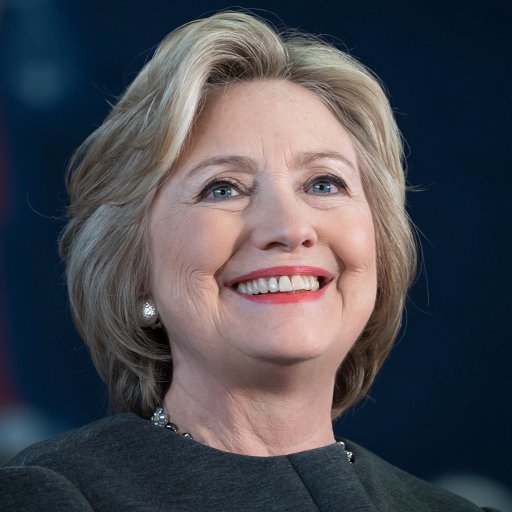 During a 9/11 ceremony yesterday, Hillary Clinton grew ill and almost collapsed. Part of Hillary’s health scare was captured on camera, and had many wondering about the presidential candidate’s overall health. Now, it’s been reported that Hillary is recovering from pneumonia and dehydration. #scarystuff

Although it’s understandable that people are concerned, I think that we should all focus more on Hillary actually getting better and less on this being a sign of her “weakness” as a candidate. Yes, the Clinton campaign probably could be managing Clinton’s health better, but I do not take one scare as a sign of her being unfit to lead this country.

I mean, just look at what she’s accomplished! lol

To be honest, both presidential candidates are old and could drop dead at any moment (harsh, but true). Let’s just choose to send them both well wishes and hope that they have many more years ahead of them.

I won’t spend too much time on this, but recently, Malia Obama has been “lucky” enough to be caught in a series of photos showing her around drugs and alcohol.

Now, I’m not really here to be the photo police, but I find it interesting that there’s always a leaked photo of the President’s daughter on Snapchat…

Malia isn’t doing anything out of the norm for a teenager. However, it bothers me that more and more we are starting to see photos of her simply trying to lead a regular life on social media. And, all this does is prove that random heifers and “friends” cannot be trusted…

Thank God Malia will be out of the White House next year and can live her gap year in peace. I can only imagine trying to grow up under a microscope…At least the Obamas always appear to be supportive of their daughter.

Sometimes I question why I choose Monday nights to blog. Then, I realize that Mondays can be rough and so it’s best to set the tone for the week. Well, hopefully… Let’s get it!

In the weeks leading up to the Academy Awards, the hashtag #OscarsSoWhite trended on Twitter. It was a direct result of the lack of diversity seen across the nominations for various categories, including Best Actor, Best Actress, Best Director and so on. The Twitter chatter was so loud that Chris Rock, who hosted the awards ceremony, had to address the diversity conversation live.

Needless to say, that didn’t turn out so well. Remember when Stacy Dash, the one actress who’s probably lost her “Black card,” walked out on the stage…

Yeah…Anyways, apparently, Hollywood still hasn’t gotten the memo about the need for more diverse representation on the screen, giving roles written about people of color to white actors.

Luckily for us, we have talented POC individuals like Constance Wu, who stand up to the ridiculousness that is Hollywood. Constance stars in ABC’s “Fresh Off The Boat,” a hit comedy about an Asian-American family, and has been very vocal about Hollywood’s diversity problem.

Yup, I’ll let you guys read that one for yourselves…Sigh, when will Hollywood ever learn? Audiences are craving for diversity. Just give it to us! lol

Hot Mess #2: Donald Trump for being too lazy to educate himself

Honestly, I really don’t have that much against Donald Trump (I’m going to ignore his racist, chauvinist comments for a second. Bear with me.) More than anything, my real issue with Trump is the fact that he almost refuses to learn anything outside of his own outrageous opinions.

Trump says Putin is ‘not going to go into Ukraine’

Trump’s questionable stance on both domestic and foreign affairs is quite scary. The good news is Russia will not be going into the Ukraine because it already has…#AMess

Hot Mess #3: Anyone who has nothing better to do than bash Malia Obama

Over the weekend, Malia Obama chose to have fun at Lollapalooza instead of  hanging out at the DNC, a decision that all teenagers probably would have made. But, of course, the haters are going to hate and talk about everything from her attire to her dance moves to the fact that she passed on the DNC.

Well, news Fl-A-sh. One, Malia is a teenager wearing typical teenage clothes, doing typical teenage things. Two, she’s not running for office and her whole life has been nothing, but one long speech after another. So, let’s let the girl live.

Even though Malia did not watch the DNC, I, along with the rest of America, chose to witness the A-mazingness that was Bill Clinton playing with balloons.  Who knew that Bill could be THAT happy?

In the words of Ludacris, “Balloons!” lol