It was definitely an eventful Sunday night. Just when I thought the Academy Awards were going to give me almost nothing to talk about, the biggest fail in the history of the awards show happened. 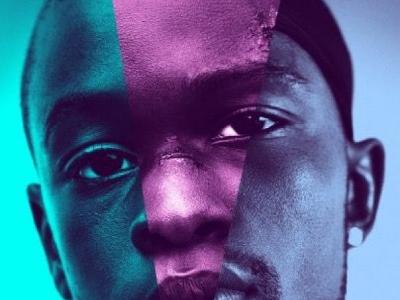 Whether you watched the Academy Awards a.k.a. the Oscars last night or not, you probably heard about the chaos that ensued on stage after La La Land was accidentally announced as the winner of Best Picture. The worst part was that producers did not correct the error until several thank you speeches later. Yikes…

Well, when Warren Beatty opened the envelope, he gave the audience the most confused expression ever. He saw that the card read “Emma Stone – La La Land.” Seeing as though Emma Stone cannot be a Best Picture winner, it should have been obvious that the name on the card did not make sense….

Instead of alerting producers that he had the wrong card, however, Beatty decided to hand it over to his co-presenter, Faye Dunaway. Thinking nothing of Beatty’s confusion, Faye went on to read “La La Land” to the audience. #FAIL

Luckily for us, we had one of the gracious La La Land producers correct the error after giving his own acceptance speech for an award that he did not win.

Honestly, this was just such a fail on SO many levels. Firstly, how did Warren Beatty get the wrong card? Secondly, why did it take producers so long to fix the problem? Lastly, why did Moonlight‘s shining moment have to be tarnished???

The good news is the Academy clearly took last year’s hashtag, #OscarsSoWhite, to heart and created an awards show that was more inclusive of diverse talent and thought. It was also nice to see Moonlight take home the gold. Moonlight is not only a Black independent film, but it’s also a movie that centers on a member of the LGBTQ community. And, despite the debacle overshadowing its win in the moment, Moonlight will go down in history as one of the best films of all time. 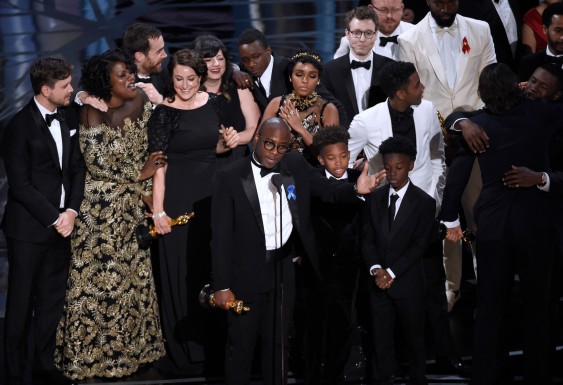 Congrats to director and writer, Barry Jenkins, and the entire cast and crew!

p.s. Shout out to Moonlight‘s Janelle Monae for her red carpet look. 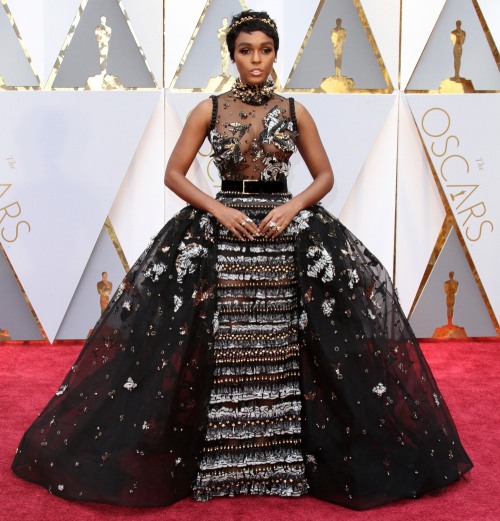 She’s been killing it all awards season long, but this dress definitely stole the show. #Fire

Hot Mess # 2: Jimmy Kimmel for not recovering quickly after the Best Picture mix-up

As bad as it was to watch Warren Beatty fumble around the Oscar stage last night, it was almost worse watching Jimmy Kimmel. Instead of really poking fun of the Best Picture situation, Jimmy looked incredibly uncomfortable saying “Personally, I blame Steve Harvey for this.”

For those who don’t remember, Steve Harvey accidentally announced the wrong winner of the Miss Universe pageant back in 2015.

Although Jimmy Kimmel’s “joke” was spot on, you could tell in his voice that he was absolutely mortified the entire time.

Personally, I just really wanted someone to sing the words “City of Fails” into the mic using the melody from La La Land‘s “City of Stars.” It would’ve been peeeeerfeeeect!

Okay, maybe it just would’ve been perfect for me….lol

Hot Mess #3: Whoever told every single man at the Oscars to wear a navy jacket 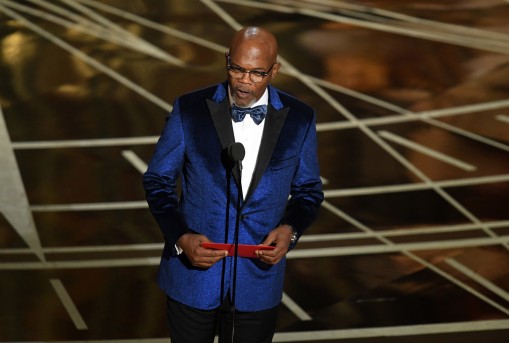 Trust me, I could go on and on with the blue tuxedo pics from last night, but I’m already bored…lol

Anyways, I vote The Rock for best dressed mostly because he reminded me of the following clip from Coming To America…

If you don’t know, then you better go find out. 😉

Anyways, the last thing I’m going to say is that I want to be friends with Gary From Chicago. 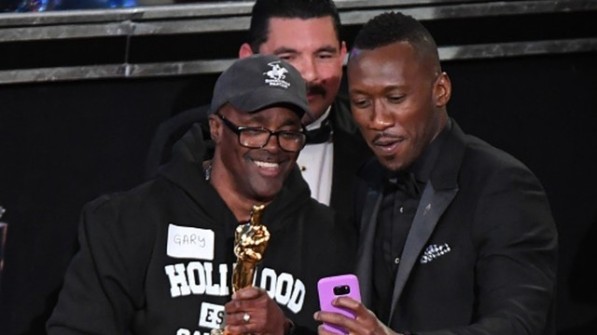 Thanks to Jimmy’s Oscars skit, Gary, a regular man, went straight from a Hollywood tourbus to taking photos with Mahershala Ali’s Oscar trophy and being married by Denzel Washington.